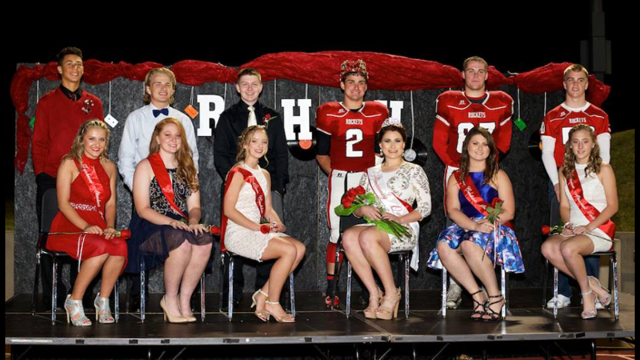 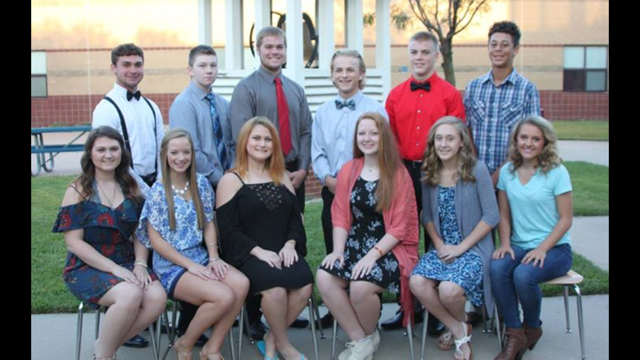 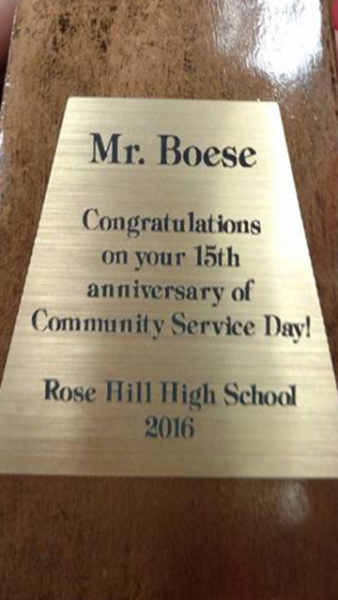 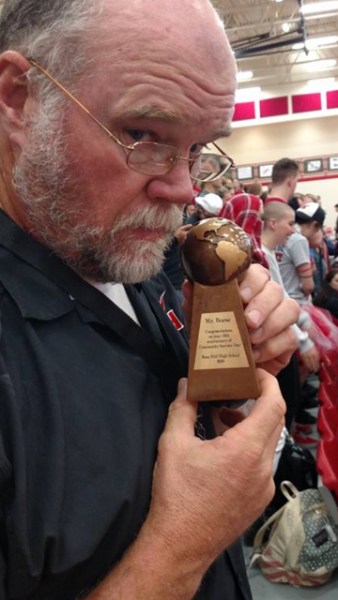 During halftime the coronation of royalty was held; this happens every year, but only once has it happened that brother and sister were selected as King – Griffin McBride and Queen – Kylie McBride.

Although the Rocket Football team following a three game in a row winning streak tried, but were not able to out score the McPherson Bull Pups (8-44), students were able to still have fun and ‘cut loose’ at the dance at the high school commons following the game.

During the pep assembly Football Coach, Asst. Softball Coach, RHHS Math Teacher and the originator of Community Service day Ray Boese was presented an honorary plaque for his continued support of the yearly program for 15 years.