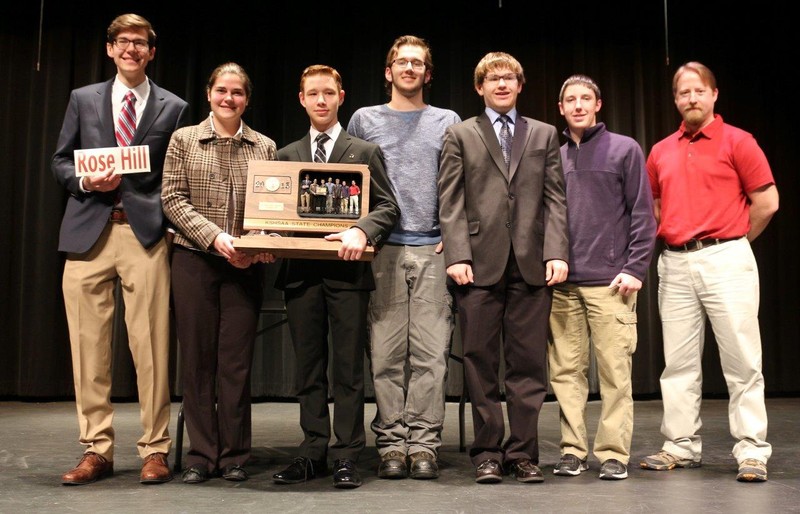 The RHHS Scholar’s Bowl Team traveled to Wellington, Saturday, February 14th to compete in the State Meet and came home with the 4A State Championship!!