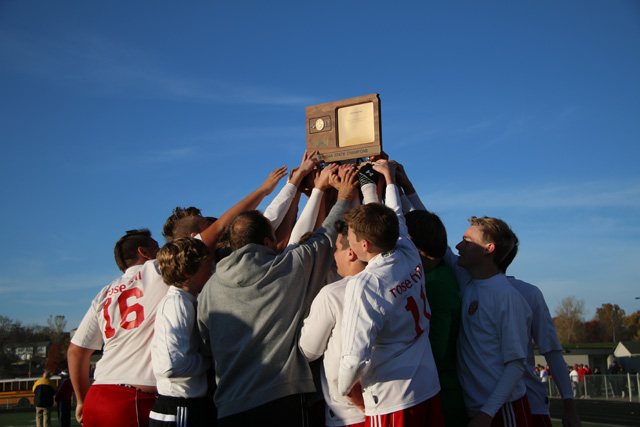 The Rose Hill Rocket Boy's High School Soccer Team finished the year with 20 wins, 1 loss, and a State Championship.  This outstanding season saw the Rockets out score their opponents 92 to 11.  Their offensive production averaged over 4 points a game, while the relentless defensive effort only allowed 8 teams to even score against them.  Their team work was never more tested than during the State tournament.  The Rockets won their Regional and Quarter Finals by scores of 2-1.  The State Semi Finals was a long, hard-fought, victorious battle against De Soto.  While the State Finals matched the Rockets up against the defending State Champions from Shawnee Mission Bishop Miege, the Rockets would seize the opportunity and emerge State Champions. 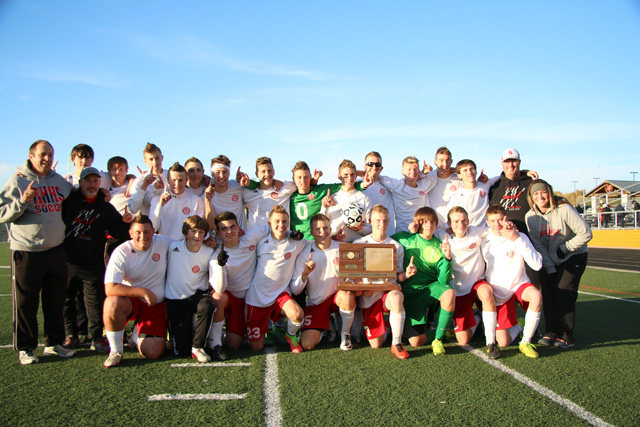